Not all depictions of drugs in movies are negative. An entire sub-genre of comedy has emerged where the protagonists enjoy regularly smoking cannabis. in stoner movies, drugs are shown to be a fun part of daily life. There are several examples that can help people gain a better understanding of these types of films.

This Is The End

When Judgement Day occurs, a group of celebrity friends are forced to hide inside a Hollywood mansion. Before and after the world ends they continue to take cannabis often for recreational use. At one point they are unsure of how to spend their day. They then decide to consume every drug that is inside the house. This leads to a humorous montage sequence.

There are currently two films in the Harold and Kumar series. The eponymous duo end up getting into wacky adventures after smoking cannabis together. During the first movie, Harold 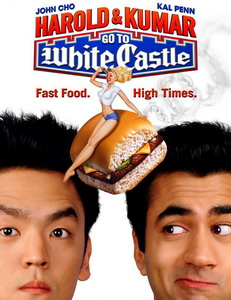 sees a large bag of weed that has been seized as police evidence. He then has a dream where he goes on a date with this weed. In the second instalment they even have a smoking session with then-president George W. Bush.

Jay And Silent Bob have appeared in several movies that belong to the View Askew universe. They are lovable drug dealers who usually spend their time standing outside a convenience store while they wait for their customers. However, they have also found themselves in more dramatic scenarios. This has included fighting Mark Hamill in a Star Wars style battle and even defending the new Messiah from evil forces.

The plot involves a pair of friends who wake up with no recollection of the night before. Their car has disappeared and they spend the rest of the film desperately looking for it. Their search leads them to a dangerous conspiracy involving UFO cults and killer aliens. Other characters frequently refer to the protagonists as stoners due to their love of marijuana.

Ted is a sentient teddy bear who becomes friends with a young boy and grows up alongside him. At the start of the film the two of them regularly smoke weed together and goof off. However, his human companion eventually yearns to have a life of his own and start a family. This causes the central tension of the story.

The Pick Of Destiny

The real life rock band Tenacious D stars in this fictionalised biopic of their rise to fame. According to the film they gained their musical talent thanks to an enchanted guitar pick. Most of the movie deals with them attempting to acquire it while avoiding comically over the top villains.